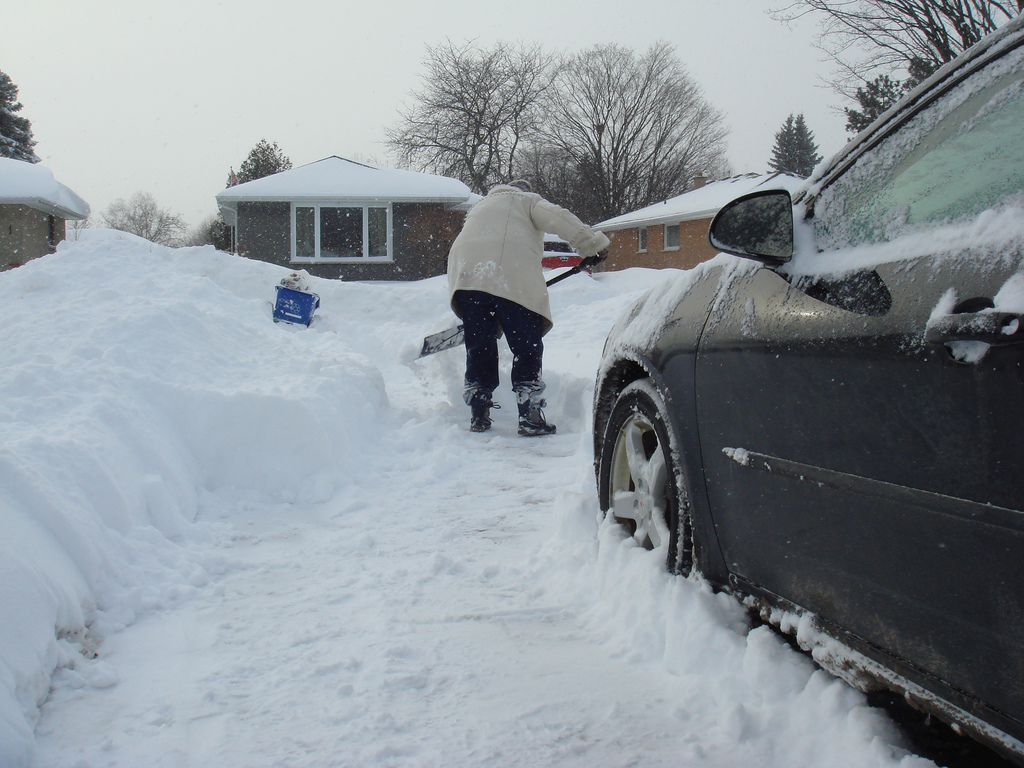 Living in Minnesota in the winter has both benefits and drawbacks.  The benefits apply to everyone.  The drawbacks usually only apply to adults.

First the benefits:  The fresh snow is pretty.  Jack Frost does his magic periodically to get all the amateur photographers excited until the sun melts the frost white landscape.  There is usually hockey to watch or play somewhere.  Deluxe ice fishing homes get to be put out on frozen lakes.  Fireplaces can create ambiance and warmth with a flick of a switch.  Being a kid making snow angels in the yard and forts in the snow banks.

There are less-than-fun aspects of winter, usually what happens when you become an adult.  Now you are responsible for clearing the driveway, pulling the snow off the roof to avoid ice dams and paying the high heating bills.  You get to move your car to who-the-heck-knows-where when the city declares a Snow Emergency and dodge the inevitable potholes on almost every road.

Even if you hire a snow removal service to manage what you do have control over, take care to avoid these potential danger in your yard.  When several inches of snow falls at once, the air is cold and the snow is heavy, getting close to the part where the pavement hits the grass is good enough, right?  There is still room to park the car(s) and walk to the front door.  Then it snows again.  Shoveling “close” to the edge that was previously created is good enough.  It snows again.  Repeat.  Before you know it, the 2-car driveway that connected your house to the street in the summer has become a tunnel that you can barely fit 2 cars – and the doors now open into snow banks.  The pretty sidewalk to the front door looks like a mini half-pipe for mini snowboarders.

Improper snow removal can shrink your paved areas to the point of being dangerous.  It puts your family, the package delivery guy, emergency services and the neighborhood kids selling their fundraising items for their team or camp money at risk when they are on your property.  That means the liability if something happens to them when they are in your driveway tunnel or sidewalk half-pipe is yours.

To avoid a potential disaster of “good enough” snow and ice removal, here are some tips to teach your kids/teenagers about clearing a driveway:

Your nicely cleared driveway and sidewalks will reduce slip and fall hazards, while melting ice and snow faster with the warmer late winter sun, leaving you more time for snow angels and honing your amateur photography skills.